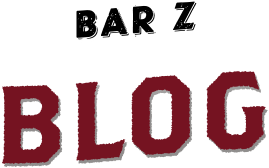 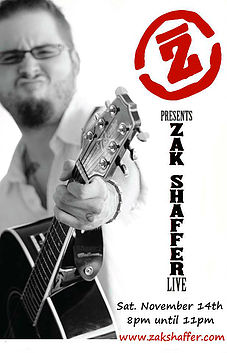 Zachary Hank William Nelson Shaffer is an incredibly passionate & talented rising star with a unique sound. His blending of rock, blues, pop, bluegrass & country creates catchy, yet original sounds on the guitar. He is a soulful vocalist who can growl better than any rocker & croon with the best in country music.

Zak was raised right outside of Nashville, TN in a musical family. His father, Randy Shaffer, is a BMI Award winning country songwriter. He penned songs like “She’s Not Really Cheatin’, She’s Just Gettin’ Even”, done by Moe Bandy, and “The Trouble with Love”, done by Becky Williams. Zak moved to Toledo, OH in his twenties, where he played the same circuit Crystal Bowersox did before she was an American Idol. He is currently touring the country and can be seen in hundreds of cities across the United States.

Zak has been performing professionally for about 13 years in different types of venues with his father, various bands, and as a solo act. He recently recorded at Sound Farm Studios in Iowa, and is awaiting the tracks to release his new album. He has played on stages of notoriety, such as Douglas Corner Cafe during CMA Festival in downtown Nashville, and the World Famous Whisky A Go-Go & Key Club in Hollywood. He has opened for acts ranging from the rap/rock band Rehab, to country star Hal Ketchum, to one of the biggest metal rock bands in Europe, Nightwish.

Not only is Zak a great vocalist and guitarist, but has proven to be a great performer as well. He played radio personality “Bubba Hank” on the Old Hippy Blue Grass Hour on Q95.3 for a couple years, and has been cast as an extra on the ABC hit “Nashville” and the A&E show “Crazy Hearts Nashville”. He was recently interviewed & performed on Renegade Radio Nashville’s “rising star” segment.