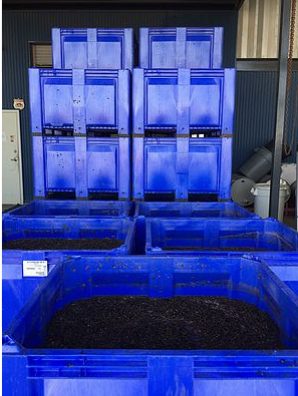 Texas is often associated with football, barbeque and a desire to make everything BIG, including our crop production. Texas is a large producer of agricultural goods including, cotton, corn and wheat. However, it is a little known fact that Texas is also the fifth largest wine producer in the United States and continues to grow as one of the top producers of grapes in the nation. We are rarely recognized for either, even in major publications.

The oversight is perpetuated by highly respected resources like the Oxford Wine Companion. The 2015 edition claims Texas has 4,100 acres dedicated to vineyards, which in reality, is less than half the actual acreage planted. This critically acclaimed book, goes on to describe the American Viticultural Areas in Texas with further inaccuracies.

The Texas Wine Regions group describes the American Viticultural Areas (AVA) as an officially recognized “delimited grape growing region distinguishable by geographical features, the boundaries of which have been recognized and defined” through a federal petition process. Texas has eight recognized AVAs that comprise more than 13,000 square miles.

The largest region is right here in the Texas High Plains which grows 80% of Texas grapes. The other regions are Escondido Valley in Pecos County, Texas Hill Country west of Austin, Bell Mountain north of Fredricksburg, Mesilla Valley west of El Paso, Texas Davis Mountains and Texoma in north-central Texas.

The wine industry continues to blossom in Texas contributing more than $1.8 billion in economic value to the state. Texas wineries, including Bar Z, are winning National and International wine competitions making us a force to be reckoned with!