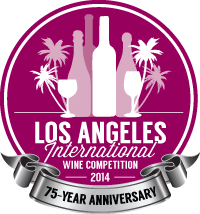 Setting the gold standard for 75 years

Seven decades of tradition began shortly after the end of prohibition, when the annual L.A. County Fair began awarding medals to the finest wines in California. The Los Angeles International Wine Competition achieved world-class status, attracting wines from North and South America and finally in 2002, opening the doors to wine entries from around the world. The judging panel has grown to nearly 100 judges from all parts of the globe.

The competition is the foundation for an extensive wine education program available to the nearly 1.5 million visitors to the L.A. County Fair. Public wine tasting began in 1968; in 1998 a wine education center opened, complete with consumer-driven classes, tastings and a display of the award-winning wines. The Los Angeles International Wine Competition is committed to educating the public about wine, featuring industry experts with extensive knowledge about wine growing and selection, wine tasting and wine and food pairings.

Bar Z Wines are produced from 100% Texas Grapes, from the High Plains AVA. The award winning 2007 Cabernet Sauvignon will be available for purchase this August in the tasting room at Bar Z Winery, at www.barzwines.com and at select retail locations.